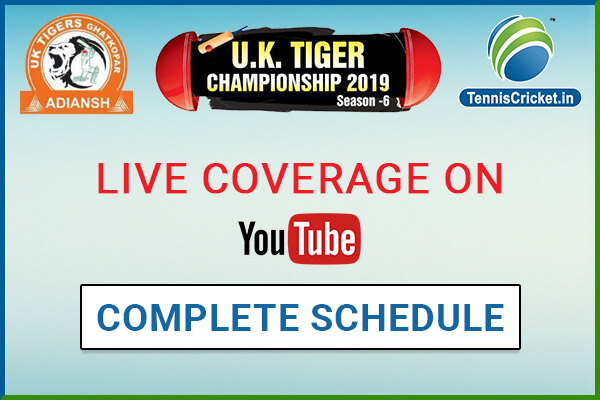 As the new season for tennis ball cricket lovers is about to start, season opener tournament UK Tiger Championship is just a couple of days away. With the satisfactory rainy season for big names, their real test will begin from October 5 at the Dattaji Salvi Stadium, Ghatkopar. Ulhas Kamthe organized UK Tiger Championship is one of the prestigious and big tournaments in Mumbai Tennis Ball Cricket circle. Find out 2019 championship schedule here:

Semi-Finals and final will be played on October 8 after the Inter Ghatkopar half matches.