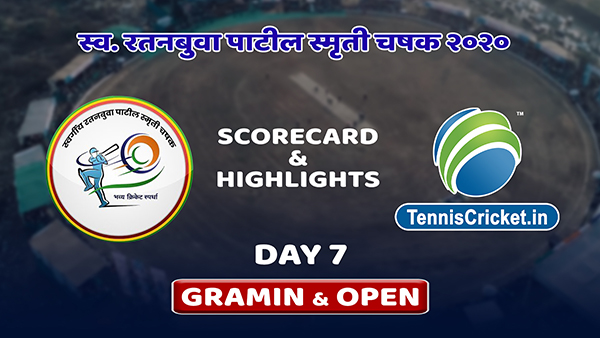 Dombivli: The day belonged to Vikrant Kene (VK) Pratishthan as they jumped to the top three in the open lot. Again it was the day in favour of the batting second-team except for VK Pratishthan. The first two matches were from the Gramin lot. The other seven matched played were from an open lot and big players like Sultan Khan, Ajit Mohite, Amol Mhatre, Girish Kochrekar were the attraction of the day.

In open lot, baring VK Pratishthan, all other matches ended in favour of the team batting first. Which means bowling in the second innings was crucial for the result. While VK Pratishthan was 100 per cent in their all department.

Star of the day

Mohan KC was the star of the day. He played three games today and picked 10 wickets with one five-fer (5-18) against Jolly XI.