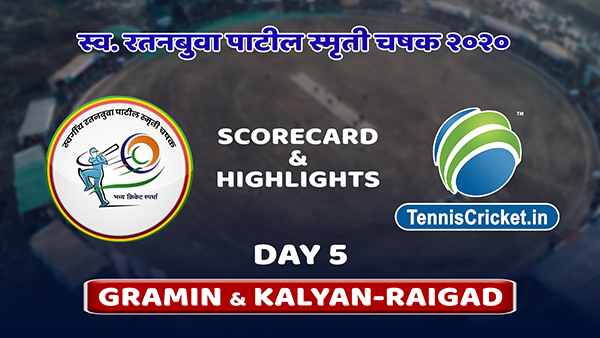 Dombivli: Big players, big teams, lowest scores on board, hat-trick, fifty and much more happened on the fifth day of the Late Ratanbuva Patil Smruti Chashak 2020. Matched were played from the remaining Gramin lot and Kalyan-Raigad lot. From the Gramin lot, Desai team beats Ravindra Sante’s Kole team to become a first entrant for the semi-finals.

In the first of the day, it was dominated by teams batting first. The chasing was not that easy. Also, it was the first for the Kalyan-Raigad lot. And thus impacted the results in the latter half of the day. Overall, it was again a mix-matched day and wind in the second half resulted in the miss-calculated shot selection.