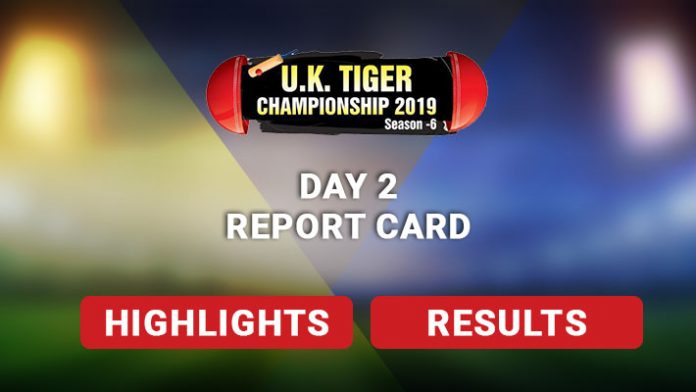 Mumbai: After thrilling day 1, UK Tiger Championship 2019 in its season 6 in the open half witnessed another thrilling day. At the end of it, Suyog Sports (Sandy SP) emerged as a winner from day 2 and they are through the semi-finals of the championship.

Omkar Desai led Suyog Sports (Sandy SP) won their first encounter against one of the best teams Vikhrolians, Vikhroli while rainy season’s top team V K Pratishthan could not be progressed to the second round. Vihan Khadekar Valap (Umar XI) was another team who played brilliantly throughout the day but they were just short in the last game of the day.

Suyog Sports (Sandy SP) is through the semi-finals which will be on the occasion of Dussehra (October 8, 2019)