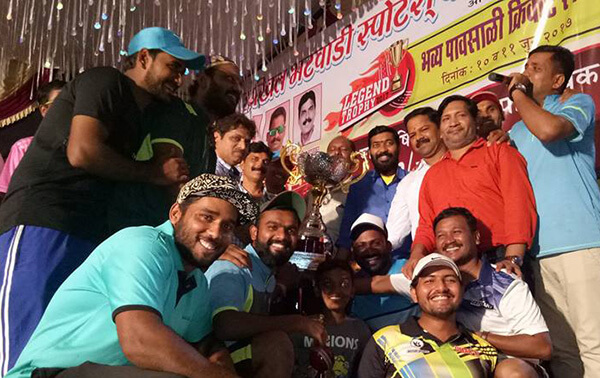 Akhil Bhatwadi Sports Club organised LEGEND TROPHY 2017 was a rubber ball cricket tournament, which was held in Ghatkopar at Dattaji Salvi ground on 10th and 11th June 2017. Total 16 teams from mumbai and mumbai suburbs had participated in this rainy cricket tournament.
All teams played good. but two teams reached in final that is team Umar XI and team Umesh XI. Both the teams are well known teams in Mumbai. Umar XI won the final and won first prize of 1 Lakh and trophy and runner up team Umesh XI got second prize of 50,000 and trophy.