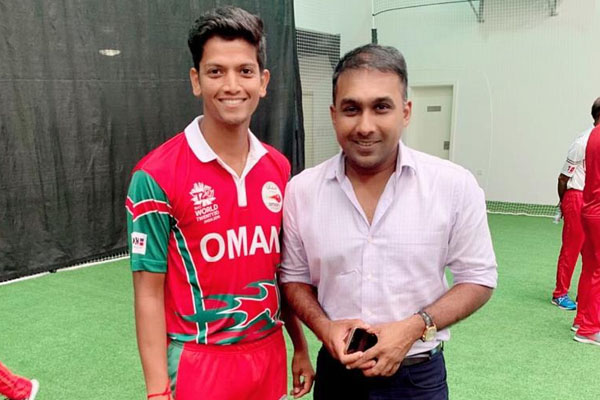 A very popular South Korean singer and songwriter once said, “You have to believe in yourself, challenge yourself, and push yourself until the very end; that’s the only way you’ll succeed.” Well, this quote perfectly suits to Dombivli’s speed sensation Gopendra Bohra. His hard work, commitments, and passion towards the game of cricket have reached Oman as he has been selected to Oman’s national cricket team and all Dombivlikars are very proud to their local lad on this achievement.

There is no shortcut to success and this young man is a perfect example to youth. A Dombivi resident Gopendra was working in Oman. Before his Oman tenure, he played lots of tennis ball cricket from professional teams like Dombivli Boys, JBCC, Arni Victory Sports, Jay XI and impressed many legends of the game.

During his college days in Ruparel college, he used to practice at the mecca of Mumbai cricket Shivaji Park. He never excused his practice and his determination since his college days is now his biggest achievement in career. He started his tennis ball cricket journey under Bala Borade’s Navapada team with smiley face. He bowled brilliantly in some of the notable tennis ball cricket tournaments like Shivsena Pramukh Chashak 2016 in Kalachauki Mumbai and Satish-Sandy Chashak 2016, Parel-Mumbai. Umar XI’s Hakim Bhai and Umar Khan’s favorite bowler Gopi is also favorite to Pramod Mhatre.

One of the precious diamonds of Dombivli will represent Oman national team soon and all eyes will be on his performance. Let’s hope he will shine like a sun.