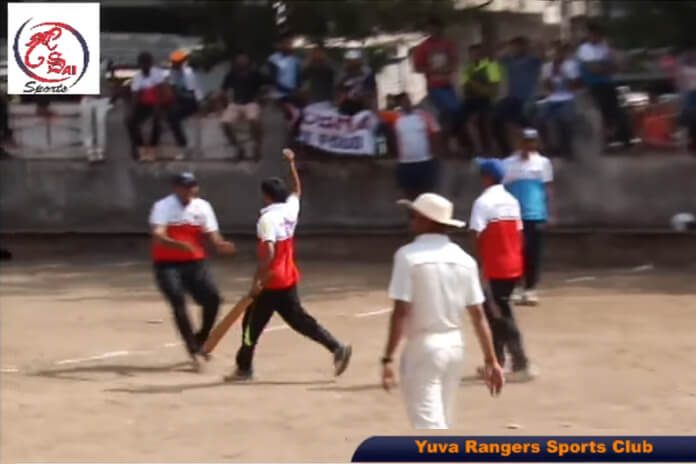 New Record made in box cricket tournament.
Yuva Rangers Sports Club had organised Box Cricket League in Mulund. The match was between Team Radhe and Bluestar. Team Bluestar had scored 24 runs in 4 overs. Team Radhe had to chase 25 runs in 4 overs. Last two ball was remaining, Vaibhav from team Radhe was on strike.
In Box Cricket, Sixes are not allowed. Vaibhav Kadam made a historical record. When they needed 12 runs in only 2 balls to win the match, but according to rules, sixes are not allowed in box cricket matches. Vaibhav hit four on first ball and second ball was NO BALL and he hit another four on that ball. and on last ball Vaibhav hit one more four and won the match.