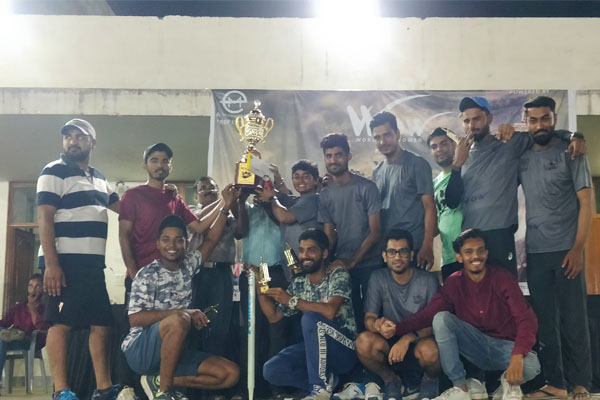 Jaipur: On Tuesday (17 September), Rajasthan Box Cricket League (RBCL) found their inaugural champions in Malviya Tigers when they beat Sparkle Gems by 40 runs in the final.

A four-day tournament which was help at the Rashikul Vijay School ground in Malviya Nagar in Jaipur witnessed a huge response from the Rajasthan crowd. And its live coverage over the social media attracts the fan following across India. A total of 18 teams participated in the tournament which spans over the five days with winners received Rs. 45000 while runner-up awarded with Rs. 21000 cash prize.

In the final, Malviya Tigers scored a whopping total of 131 losing 8 wickets in their 10 overs quota. In reply, Sparkle Gems bowled out for 91 in the fifth delivery of ninth over. For Malviya Tigers top batsmen Utsav and Jakhiya could not open their account. Still team’s middle order and tail-enders played crucial role in team’s total. On the other hand, Sparkle Gems batsmen failed to build a decent partnership in an over 13 runs per over chase.